7 Reasons to Use an Online Flowchart 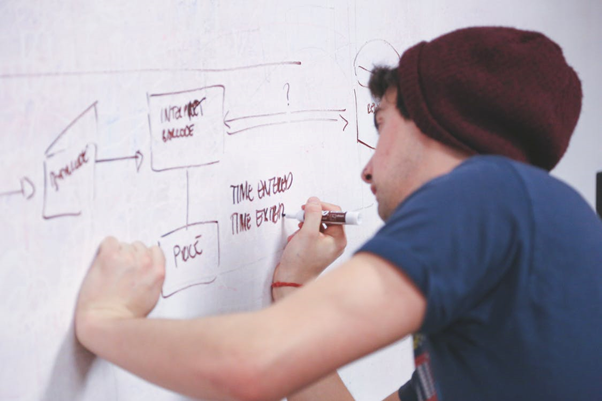 People who are old school may still like to get a blank pad of paper and sketch out a flowchart with a pencil. The process of drawing the various symbols, as well as adding the connecting lines and arrows between them can be cathartic. However, the downside is that it’s slow, cumbersome, not easy to share, and lacks digitization. An online flowchart maker is an upgraded version of a hand-drawn flowchart. There are several benefits and good reasons to use one. To confirm that, here are seven reasons why you should use an online flowchart.

A digital flowchart is fast to put together the larger it is, while a simple flowchart with only six symbols on it will likely take a similar amount of time to an online flowchart. However, for most businesses and even for significant personal projects, six symbols aren’t going to cut it. Likely tens, if not hundreds of symbols will eventually be required to chart the path, including all decision points, and more for a project. One of the most valuable things a business has is time. It’s also finite. While they can magnify the time that they have in a day by employing more people, there’s a cost to that. Therefore, time efficiency matters too.

An online flowchart can be accessed via a web browser anywhere there is an internet connection. Given that 4G LTE and now 5G are available in most places around the globe, a flowchart can be updated on the fly. Whether that’s on the train on the way to a distant meeting, first thing in the morning before heading off to work, or elsewhere, it’s highly convenient.

Flowcharts on paper can get accidentally lost, destroyed, or thrown away by someone believing they were just a doodle. An online flowchart stays in the secure cloud, which is backed up regularly. Therefore, it cannot be lost by accident or misplaced, creating a frantic search for it or the need to keep backup physical copies in an office drawer somewhere.

Other managers who need read-only access to the flowchart can be provided this access. Then they too can look at it when they have time and provide their feedback. Just like with file access permissions, flowcharts can be created with restricted access. This way, those for management’s eyes only can get assigned that way. Others that require the input of people who’ll eventually be assigned certain tasks covered within the chart can also be given limited permissions too. Also, read-only access versus editing permissions can be assigned based on need, hierarchy, etc.

5.      Assign Responsibilities to Employees in Parts of the Flowchart

Employees can be assigned to processes and other parts of a flowchart that they’ll be responsible for.

Therefore, when it’s already known that they’ll be completing tasks relating to that process, then their name can go right up there. Then when viewing the online flowchart, all the people assigned to the flowchart are visible along with their specific responsibilities.

Due to the visibility of the people assigned, it promotes greater thought put towards who else might be required and whether the team has the necessary training to complete the work assigned. Different hiring decisions can be made accordingly.

Flowchart symbols hadn’t altered much over the years, but recently that’s changed. Now there are symbols for Amazon and other key providers to include. Also, designs have been updated or adjusted to reflect increased flexibility when creating a digital chart too. Therefore, when switching to online flowcharts, there is an expanding world of symbols that can be included in charts that weren’t obvious before.

7.      Encourages Frequent Use of Flowcharts and Other Charts

Finding a flowchart to update it, or worse, redraw it with new improvements is a pain. It doesn’t encourage anyone to refer back to a flowchart or to update it regularly. However, when pulling it up on a laptop or tablet takes a second, and new symbols can be dragged into position immediately, it removes any dread about making updates. Instead, it encourages meaningful updates and new insights from more regular interaction with flowcharts.

For anyone who’s still using either legacy standalone software to produce flowcharts or drawing them by hand, think of the time efficiency and other benefits from switching to online flowcharts. The difference is night and day.

What is Environmental Transport Liability Insurance and Why You Need It

How to Buy IGTV Views for Your Channel: The Ultimate Guide

What are the benefits of Forex trading?

What is Environmental Transport Liability…

How to Buy IGTV Views for Your Channel: The…

What are the benefits of Forex trading?